cancel confirm NSFW Votes: (0 votes)
Are you the publisher? Claim or contact us about this channel.
0
Showing article 11 of 65 in channel 6752016
Channel Details:
Viewing all articles
Browse latest Browse all 65
0
0
Following the problems surrounding CD Guijuelo in the week leading up to the start of the 2012-13 season, rumours suggested that the RFEF had turned to a club who at least had some pedigree at this level, Real Valladolid B. Since first reaching Segunda B in 1990, the reserve side of La Pucela's has clocked up 13 seasons in the third tier. However, the RFEF are not known for their speed of thought & action, so with a day to go to the start of the 2012-13 season, nobody knew if Guijuelo's place was up for grabs or whether reports of their demise had been greatly exaggerated. 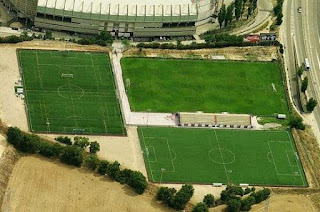 Formed in 1942 following the union of Club Deportivo Delicias and  Recreativo Europa, the newly monikered Recreativo Europa Delicias remained an affiliated club until 1973, when they became Real Valladolid's official reserve side and were renamed Real Valladolid Promesas. CD Guijuelo eventually scraped together enough money to start the season, so Real Valladolid B continued in the Tercera. Plenty more detail to follow, but here are some more pictures of the Anexo el José Zorilla and its Toblerone shaped stand. (Advertising opportunity missed there, methinks! ) 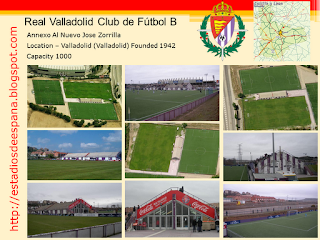 The best US destinations to travel to in March, plus where to stay and... To Analyse the Given Salt for Acidic and Basic Radicals CO, Zn